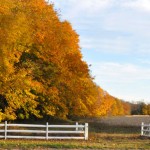 Many lament Labor Day Weekend as the end of summer, but on the North Fork we rejoice in the start of our spectacular Fall season. Besides our pastoral beauty and pristine beaches, the east end is known for it’s bountiful farms and vineyards, and boy do they shine at harvest time! At the vineyards the fruit is heavy on the vine and you can actually see the sugar-laden liquid as the sun shines through the taught grape skins. They are ready to be plucked and processed into the delectable harvest that most every winery offers, many to the tunes of the music from talented live performers. At the farm stands, an abundant harvest of fruits and vegetables overflow the bins, … Continue reading → 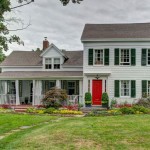 Romantic Lighthouse Tours in the Heart of Wine Country? 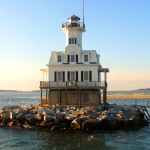 Nothing evokes the romance of the past like a lighthouse. Most people who have visited the North Fork of Long Island have seen pictures of the Long Beach Bar lighthouse, also known as the “Bug Light,” but are unaware that thanks to the East End Seaport Museum (the organization was instrumental in funding the rebuilding of the lighthouse after it was destroyed by arsonists in 1963), you can visit this lighthouse. And what better way to wrap up a romantic mid-week stay to any one of the beautiful NFBBA North Fork wine country bed and breakfasts than a lighthouse tour. The lighthouse, off the western tip of Orient Beach State Park, at the entrance to Orient Harbor, was originally built … Continue reading → 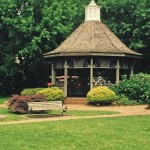 The 2015 Summer Showcase Concert Series is underway in Southold and it’s celebrating it’s 25th season at Silversmith’s corner. The town green, also known as Silversmith’s corner, on the corner of Young’s Avenue and the Main road, is where they are held. It is a Wednesday night series and starts at 7:30 p.m. The next one is the Island Jazz Ensemble on July 8th. The schedule is: July 8 -Island Jazz Ensemble July 15 -Gene Casey and the Lone Sharks July 22 -North Fork Singer Songwriter Night July 29 -Hidden City Orchestra August 5 -To Be Announced August 12- Pocket Change August 19 -Greenport Band Although Donations are accepted, admission is free, so all you need to bring … Continue reading → 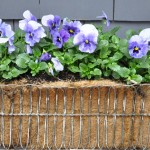 This weekend is the last weekend you can see all the great live acts performing in the line up for the 8th annual Live on the Vine, Long Island Winterfest. And they’re going out with a bang- more acts than ever including the iconic 10,000 Maniacs playing at the Aquarium! So make the last week of Live On The Vine special by booking a stay at one of the great B&B’s of the North Fork Bed and Breakfast Association. And to help you figure out which one of these amazing acts you want to see we have listed the schedule and collected a sample video of each act to help you make up your mind. Make sure you go to … Continue reading →

Celebrate Spring with Live on the Vine on the North Fork! 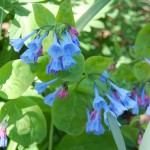 Listening to great music and enjoying good wine seems like the best way to spend the first weekend of Spring. But to make the best weekend even better, book a romantic stay at one of the NFBBA’s great North Fork Bed and Breakfasts! It seems like every week of this year’s Live on the Vine they are adding more and more performers. To help you decide amongst this dizzying array of talent, we’ve made it easy for you to find the exact performances you want to attend by listing the schedule and including YouTube video clips of each performer. This way you can know beforehand if the music is right for you. Make sure you go to our website … Continue reading →

Posted in Live on the Vine | Leave a comment

Celebrate St. Patrick’s weekend with a musical tour of the North Fork’s wineries 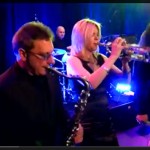 Week four of the Long Island East End 8th annual Winterfest, also happens to be St. Patrick’s day weekend. What better way to celebrate than a musical tour of the wineries of the North Fork and a romantic stay at North Fork Bed and Breakfast. As always, we’ve made it easy for you to find the exact performances you want to attend by listing the schedule and including YouTube video clips of each performer. This way you can know beforehand if the music is right for you. Make sure you go to our website at NFBBA.org to see if any of our Bed and Breakfasts have availability or are offering specials for the event. MARCH 13, FRIDAY CASSANDRA HOUSE HOTEL … Continue reading → 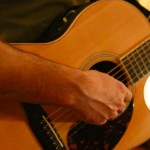 Week three of the Long Island East End 8th annual Winterfest, Live on the Vine starts on Friday. And again we’ve made it easy for you to find the exact performances you want to attend by listing the schedule and including YouTube video clips of each performer. This way you can know beforehand if the music is right for you. As an extra special bonus, the weather looks like it is going to be agreeable this weekend, so you can attend your events without fear of snow or rain!. Make sure you go to our website at NFBBA.org to see if any of our Bed and Breakfasts have availability or are offering specials for the event. FRI. MARCH 6 BAKITHI … Continue reading →